Introduction and Case Report: Patients with any bloodstream infections are at risk for developing emboli that may cause ischemia distal to the blockage (1,2). In the perioperative period, emboli can present significant challenges in monitoring. Here we describe a case of differential perfusion of the upper and lower extremities in a patient with gastrointestinal perforation.

A 51-year-old male with no known medical history presented to the emergency department with nausea, vomiting, and a one-week-old chemical burn to his left arm from oven cleaner.  On physical exam, he was toxic-appearing and diaphoretic, with HR 130-140 bpm, RR 30-40 and 93% on room air. Blood pressure taken in his right leg was 139/95. The skin of this abdomen, left arm, and left thigh had mottling, and there was edema surrounding ulcerations on the left upper extremity.

The patient was taken to the operating room for exploratory laparotomy as well as irrigation and debridement of the left forearm. Following induction, intubation and central venous access, multiple monitoring challenges arose. A pulse oximeter was unable obtain a good waveform from any extremity, the ear or the nose. We were unable to obtain a blood pressure cuff reading in the upper arm while blood pressure readings in the right leg were inconsistent. A femoral arterial line was placed following multiple attempts on the right upper extremity, including ultrasound-guided brachial line placement, and pO2 from the brachial and femoral lines were markedly different (<30 vs 300).

Intraoperative TEE was performed due to persistent hypotension and showed significant global hypokinesis with a low left ventricular ejection fraction but no clear evidence of RV strain or pulmonary embolus. An epinephrine infusion was begun, the case was competed and the patient was taken intubated to the ICU, where he expired later that day from refractory distributive shock.

Discussion: This case report describes challenges in intraoperative monitoring as well as marked discrepancies between upper and lower extremity pressures in the setting of septic shock. We believe that the challenges described here may be due to partial embolic occlusion of the aortic arch or innominate artery. Patients who present acutely with sepsis should be recognized as having a high risk of emboli (3,4), and anesthesia providers should understand how emboli can interfere with standard ASA monitors. 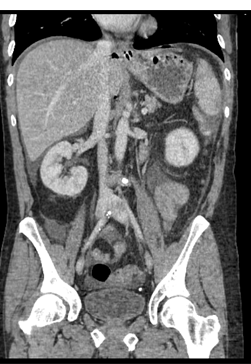