Introduction/Background: Bag valve masks (BVM) are important devices used in cardiopulmonary resuscitation(3). Complications of mechanical ventilation associated with high pressure and volume are well documented, including barotrauma, gastric insufflation, and other organ injuries(1). In order to reduce complications and ensure proper ventilation, manometry has been integrated into BVM devices. Although some studies have demonstrated benefits of manometry in pressure control, there is a lack of consensus in the manufacture of manometers, raising concerns about safety of these devices (2). This case report describes one example of integrated manometers resulting in rebreathing of CO2.

Case Description: Our team responded to respiratory arrest and began to mask ventilate the patient with a Airflow™ Small Adult Manual Resuscitator with Manometer, Filter, Mask, Bag Reservoir, and Peep Valve, Sunlab® (Figure1). We attached the respirator to capnography and discovered that the baseline end tidal carbon dioxide (ETCO2) remained elevated and was not returning to zero.  After considering patient factors and monitor factors, we performed a few tests on the respirator.  One test was to simulate an artificial lung with expired CO2 contained within a 3L external reservoir bag (Figure 2).  After connecting back to capnography, we were again able to demonstrate the elevated ETCO2 (Figure 3).  When we disconnected the reservoir bag, the ETCO2 went back to zero.  We hypothesized that the exhaled breath was flowing retrograde into the bulb through a patent valve in the manometer.

Discussion/Conclusion: Although generally regarded as safe and effective, BMV with high inspiratory pressures can result in complications as a result of gastric insufflation, barotrauma, pulmonary hyperinflation, subsequently leading to aspiration of gastric contents or pneumothorax respectively(4).

Manometry associated BVM devices such as the one provided within this Airflow™ device have been proposed to reduce the risks associated with the high pressure ventilation. This case report demonstrates a defective manometry associated BVM device that resulted in rebreathing of CO2 due to a suspected valve malfunction as indicated by the elevated baseline seen during capnography. It is unclear at this time if the defect also affects the ability to deliver positive end-expiratory pressure (PEEP).

Similar descriptions of faulty bag valve mask devices have been documented. Cooper and Grgas described a case of a design flaw which allowed erroneous connection of oxygen tubing to deliver high pressures to the patient’s lungs and resulted in fatal barotrauma(5). In 2008, Muniz reported a case in which a defective expiratory valve of a bag valve mask resulted in high inspiratory pressures, false negative capnography, and pneumomediastinum in a child(6).

After notifying our hospital risk department and contacting the manufacturer of the device, the defect was noted to go beyond the specific lot and was speculated to have affected all devices distributed nationwide. Investigations into code blue related morbidity and mortality before and after this device became available at Jackson Memorial Hospital as well as reports of sustained or worsening hypercapnia despite ventilation with the device are being carried out. 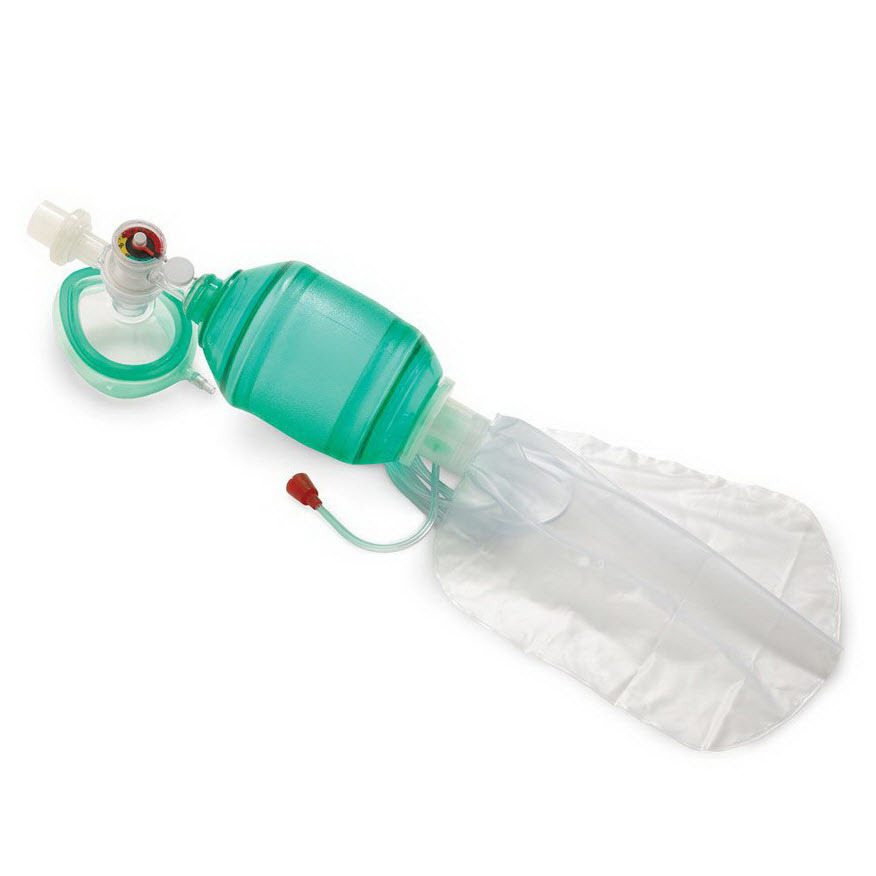 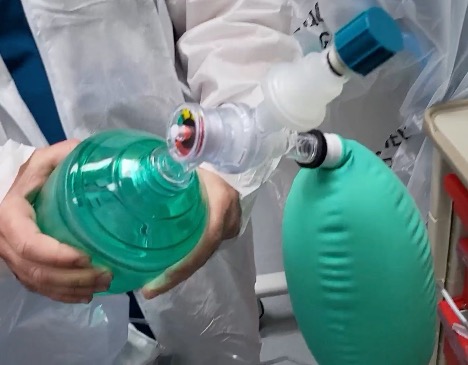 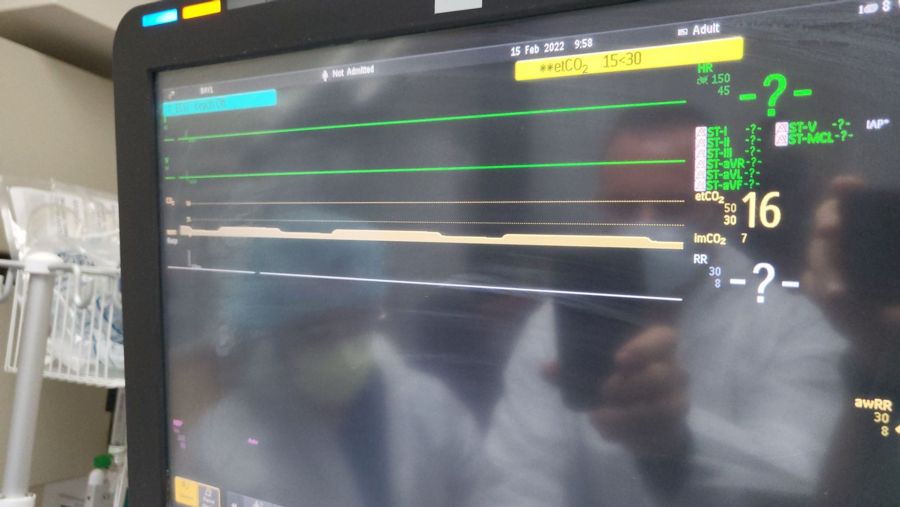