Background: The responsibility for airway management in the emergency room and trauma bay varies amongst different institutions. In 1996, Nayyar et al. (1) showed that emergency medicine (EM) physicians were responsible for intubations in the emergency room at approximately half of United States’ institutions. A follow-up study in 2013-14 by Chiaghana et al. (2) suggested that the percentage of emergency room and trauma bay settings where EM physicians are primarily responsible has increased in the past two decades.  However, those studies were difficult to compare because the 1996 study surveyed academic centers, while the 2013 study surveyed members of professional societies which may include more private practice groups.

Objective: The purpose of this survey is to evaluate which department was primarily responsible for intubations in trauma bays specifically at academic centers in the United States, thus allowing for a more direct comparison to the 1996 study. Furthermore, this study expands on the 2013 study by surveying both Anesthesiology and Emergency Medicine programs and across a broader, more balanced geographical distribution to evaluate for any patterns of systematic perceptions amongst a given department or geographically local practices.

Methods: After IRB approval, a Qualtrics survey was distributed by email to all registered ACGME-accredited Emergency Medicine (248) and Anesthesiology (155) residency programs in the United States.  The survey included questions regarding:

Python was used to plot data on a map of the United States to identify potential geographical patterns.

Discussion/ Conclusions: Based on map data, the results of this study suggest that increasingly, EM physicians provide/supervise airway management in both trauma and non-trauma bays. No geographical relationship was observed in this study.  Other factors seem to affect responses from the departments surveyed.

Further areas for investigation include exploring the reasoning behind this increased proportion, as well as evaluating whether there were differential outcomes in institutions with different departments responsible for airway management. 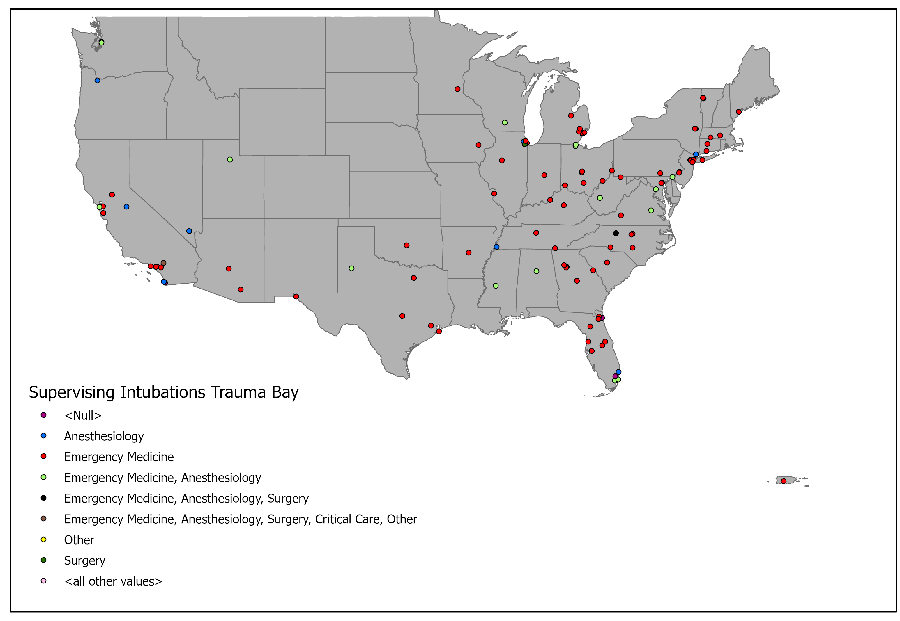 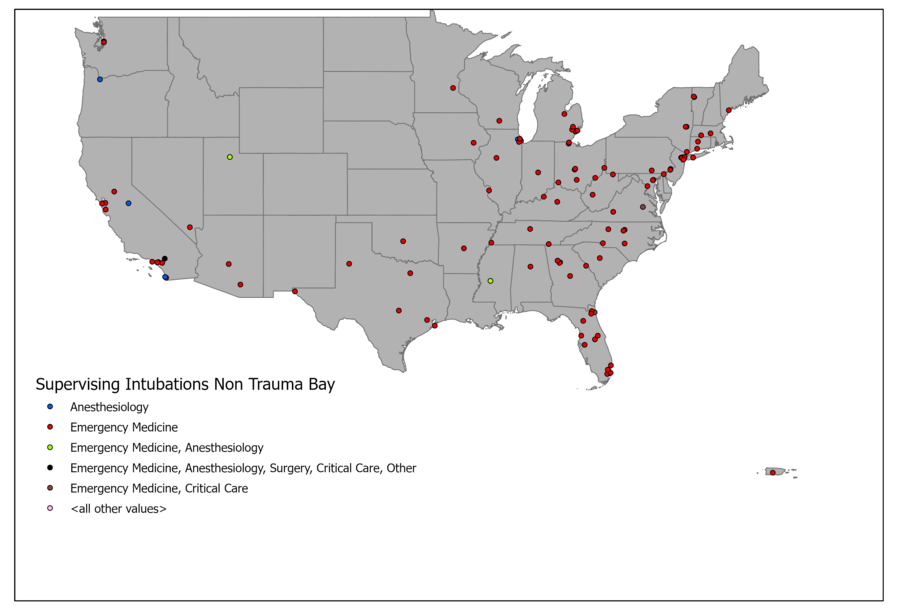