Methods: Patient continued to deteriorate despite medical intervention requiring prone positioning with continuous neuromuscular blockade and multiple vasopressor support. Decision was made to undergo emergent veno-venous extracorporeal membrane oxygenation (ECMO). Due to the patient’s lability, a bedside procedure was deemed most appropriate and the decision was made to turn the patient supine once all required parties were present and ready for cannulation. Patient already with arterial and central lines, as well as fentanyl, versed, cisatracurium, and norepinephrine drips.

Discussion/Conclusion: The association of TB and ARDS is rare, with 4.9% of patients with ARDS admitted to the intensive care unit (ICU) having TB and high mortality, with the most common variant due to miliary TB seen in patients with HIV.

Lung protective mechanical ventilatory support with limited tidal volumes, accompanied by lung recruitment maneuvers is the current standard of care for patients with ARDS. VV-ECMO is an alternative for management of catastrophic respiratory failure, which is indicated after high PEEP low Vt ventilation with prone positioning and paralysis have failed to control hypoxemia or hypercapnia. VV-ECMO ensures adequate oxygenation and CO2 removal while avoiding ventilator induced lung injury.

The need for prolonged ventilatory and non-ventilatory support modalities can be expected in cases of ARDS secondary to TB. One possible explanation for the elevated mortality, aside from the aggressive course of the disease, is the failure to recognize TB as a cause of severe respiratory failure leading to delays in the initiation of targeted treatment. 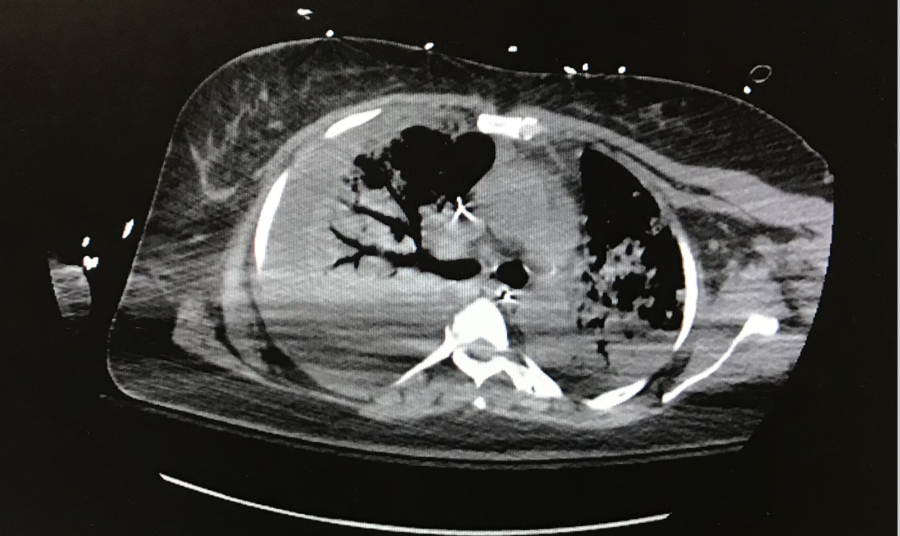