Introduction: Anaphylaxis is a rare, life-threatening immunological response to an antigen. Generally, anaphylaxis occurs from re-exposure to an allergen but can also occur at initial exposure due to cross reactive antibodies. The incidence of intraoperative anaphylaxis and anaphylactoid reactions has been estimated to be between 1 in 3,500 to 1 in 13,000 cases. Neuromuscular blockers (NMBs) have been found to be the most common cause of anaphylaxis, followed by latex and antibiotics, during anesthesia. Early recognition and prompt treatment of patients experiencing anaphylaxis is critical to reducing mortality and morbidity. We are presenting the intra-operative course, diagnosis and management of a patient experiencing anaphylactic shock.

Case Presentation: 13 year-old morbidly obese male with no past medical or surgical history complaining of nausea and vomiting for more than 24 hours. Objective findings were highly concerning for appendicitis. He underwent emergent laparoscopic appendectomy utilizing general endotracheal anesthesia with rapid sequence intravenous induction using propofol and succinylcholine. Intubation was performed with a MAC 3 blade and 7.0mm endotracheal tube which passed easily. Manual ventilation was difficult, with no chest rise and end-tidal CO2. Patient had elevated peak airway pressures, low tidal volumes (<100 ml) with bilateral wheezing on auscultation. A diagnosis of severe bronchospasm was made. Shortly after induction the patient began to experience severe hypotension and a diagnosis of anaphylactic shock was made, likely to succinylcholine. To support his multi-organ system collapse, epinephrine boluses were initiated and later transitioned to a continuous infusion after placement of an arterial line. Maintenance of anesthesia with sevoflurane was converted to total intravenous anesthesia with propofol. With successful cardiopulmonary stabilization dexamethasone, diphenylhydramine, and ranitidine were administered. After communicating with the surgical team, it was deemed safe to proceed with the case. Antibiotics and rocuronium were administered without incident. Post operatively, patient was admitted to the pediatric intensive care unit intubated. Epinephrine was weaned off over the course of 13 hours, he was extubated on postoperative day (POD) #1 and discharged uneventfully on POD#2.

Discussion: Anaphylaxis and anaphylactoid reactions in the perioperative period can be life-threatening; occurring in approximately 1 in 6,500 administrations of NMBs. Although clinical manifestations are indistinguishable, anaphylactic reactions are immune mediated (anti-IgE) while the latter is due to direct nonimmune mediated release of mediators or direct complement activation. Cross-sensitivity can occur with NMBs likely from prior exposure to tertiary or quaternary ammonium compounds. Prompt identification and treatment of a patient experiencing anaphylactic shock is critical as cardiovascular collapse appears to be more common during surgical procedures than during nonsurgical anaphylaxis. In fact, anaphylaxis has a mortality of 3.4 % and accounts for 4.3% of deaths occurring under general anesthesia. Several scholarly reports reiterate the importance of removing the offending agent, maintaining the airway with 100% oxygen, resuscitation with fluid and epinephrine boluses, administration of bronchodilators, and placement of invasive monitors. Antihistamines and corticosteroids may be considered. Serum tryptase and histamine can be drawn intraoperatively for further evidence of anaphylactic reaction. Full post-operation work-up with an allergist is recommended. 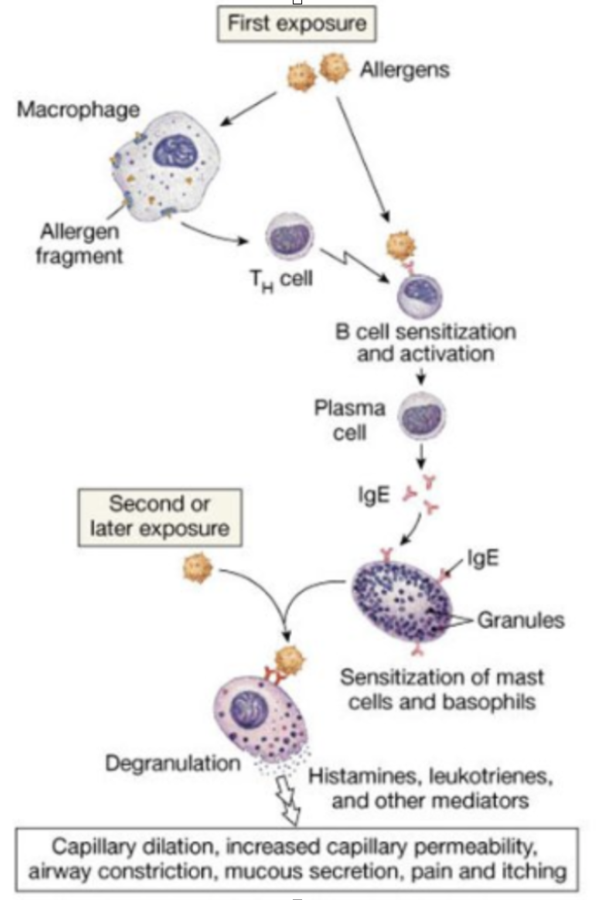