We present the case of a 21 year old, 66 kilogram(kg) female with cardiac herniation through the pericardium and secondary dynamic coronary occlusion. Our patient has a medical history significant for left lower leg osteosarcoma diagnosed at 14 years old. She underwent simultaneous oncologic and orthopedic evaluation resulting in tumor resection and limb salvage procedure in 2012 and chemotherapy treatment. During the evaluation for metastasis, a bone scan demonstrated tracer up-take of the 11th rib, denoting likely metastasis. She was referred for surgical evaluation and resection of posterior right 11th rib section. Two years later she again had recurrent osteosarcoma metastasis to the left upper lobe with subsequent resection. Unfortunately the metastasis returned again 2015. Surveillance CT scans demonstrated recurrence to the lingula with possible adherence of the lingula to the pericardium. As such she underwent exploratory thoracotomy with wedge resection of a portion of the lingular lobe as well as a 3cm x 3cm piece of pericardium was excised. She continued her concurrent chemotherapy treatment and was deemed in remission. As part of routine surveillance after chemotherapy and radiation treatment she continued routine echocardiograms. In 2018 she underwent echocardiogram and where abnormal asymmetric left ventricular apical dilation with normal LV systolic function was noted. This prompted further investigation with a cardiac MRI and coronary angiography. The coronary angiography demonstrated normal coronary anatomy. With an indentation inferiorly in the RV wall consistent with constriction by the pericardium. The left anterior descending coronary artery was noted to have dynamic, yet complete occlusion at the midportion near the obtuse marginal artery.  Also noted was a similar dynamic complete occlusion of the circumflex coronary artery. The cardiac MRI demonstrated a discrete indentation into the mid to apical right ventricular wall which appeared to be from an external constriction. The herniation of the apical half of the heart through the pericardial opening created a circumferential constriction around both ventricles (Image 1 and Image 2).  The main impact of this finding appeared to be abnormal diastolic filling where the ventricles were constrained from fully expanding. The apparent herniation of the apical portion of the ventricles was deemed through a likely opening in the pericardium from the prior mentioned surgical excision of pericaridum. Given the dynamic occlusion of the coronary arteries and abnormal diastolic ventricular filling, she was referred to cardiothoracic surgery for further evaluation and management. The patient was scheduled for median sternotomy and surgical repair of pericardium with bovine pericardium (image 3). She underwent uneventful induction of anesthesia with 250 micrograms(mcg) of fentanyl, 30 miligrams(mg) of ketamine, 2mg of midazolam and 60mg of 2% lidocaine. Post-induction arterial line, central line and large bore peripheral intra-venous access were established. 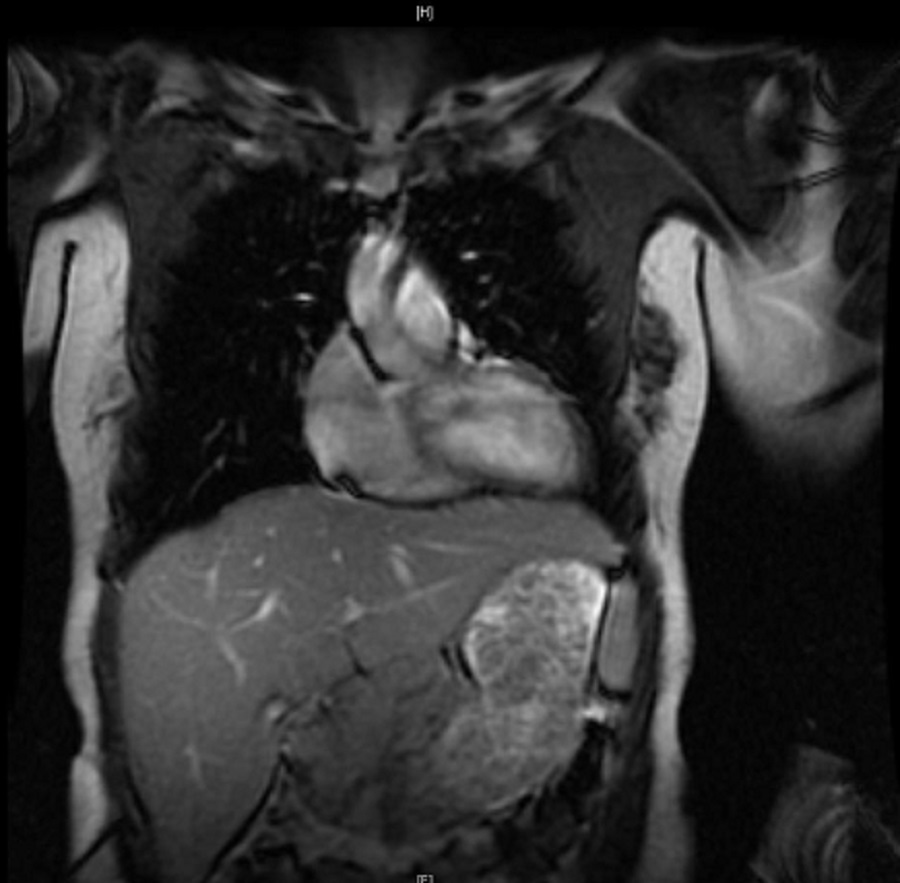 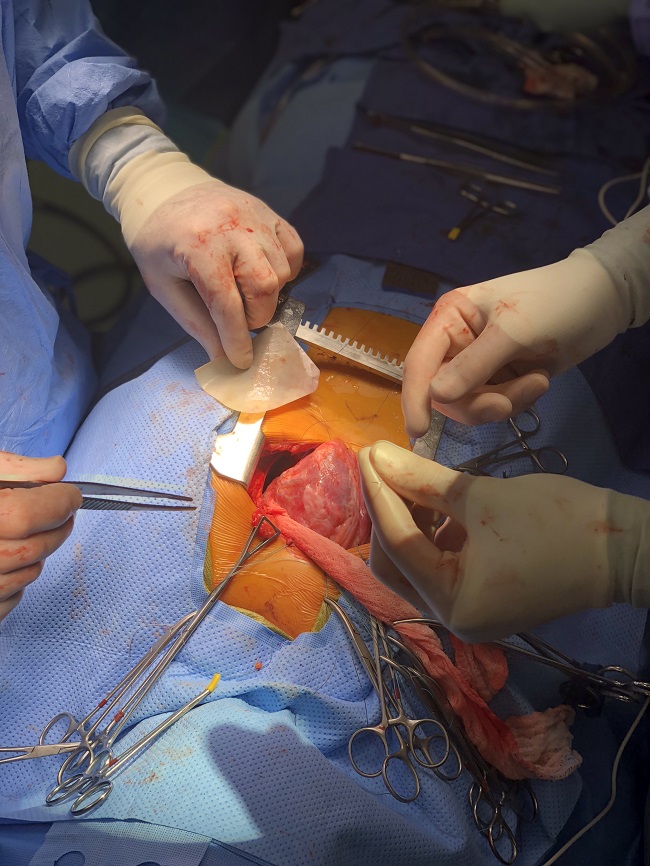 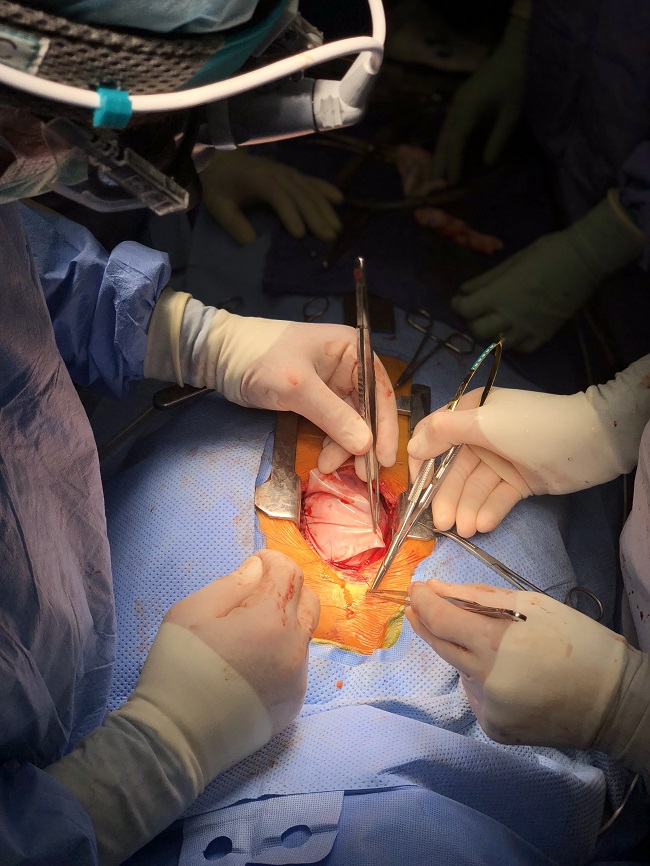