Introduction/Background: A persistent left superior vena cava (PLSVC) is a common congenital variant, with increased incidence in those with congenital heart malformations. Patients are typically asymptomatic and these are incidental findings, as 80-90% of cases drain into the right atrium(RA). However, a minority drain into the left atrium (LA), which in contrast to RA drainage, allows for right-to-left shunting and hemodynamic instability.

We report a case of a 38-year-old patient with a history of bicuspid aortic valve who presented with worsening shortness of breath. Transesophageal echocardiography (TEE) done as part of his initial hospital course showed a reduced ejection fraction(EF), left ventricular (LV) dilation, severe aortic insufficiency, and a 5 cm ascending aortic aneurysm(AA). The patient was scheduled for mechanical aortic valve replacement(mAVR) and aneurysm repair.  As part of the surgical work-up he received a CT angiogram (CTA) which confirmed the TEE findings.

This patient’s preoperative course with the anesthesia team was notable for baseline oxygen saturations in the low 90s on room air, along with a complicated central line placement due to inability to thread the wire through the right internal jugular vein (IJV). The left IJV approach was then successfully used, however, PA pressures were noted to be excessively elevated (90-100/10-20) leading to further investigation. Subsequent TEE and fluoroscopy (Figure 1) under general anesthesia, further review of the pre-op CTA(Figures 2-3), and additional MRI (Figure 4) confirmed the presence of a PLSVC draining directly into the LAA.

The patient returned to the operating room two weeks later for repair of his aortic root, mAVR, and ligation of the PLSVC.  In this case, the patient’s innominate vein was small, but large enough to accommodate drainage from the left upper side of the body. Surgery was successful and there were no postoperative complications. 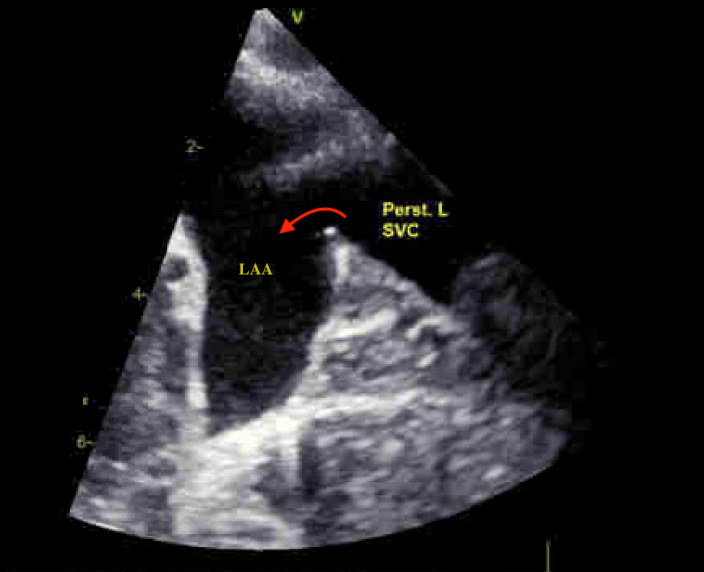 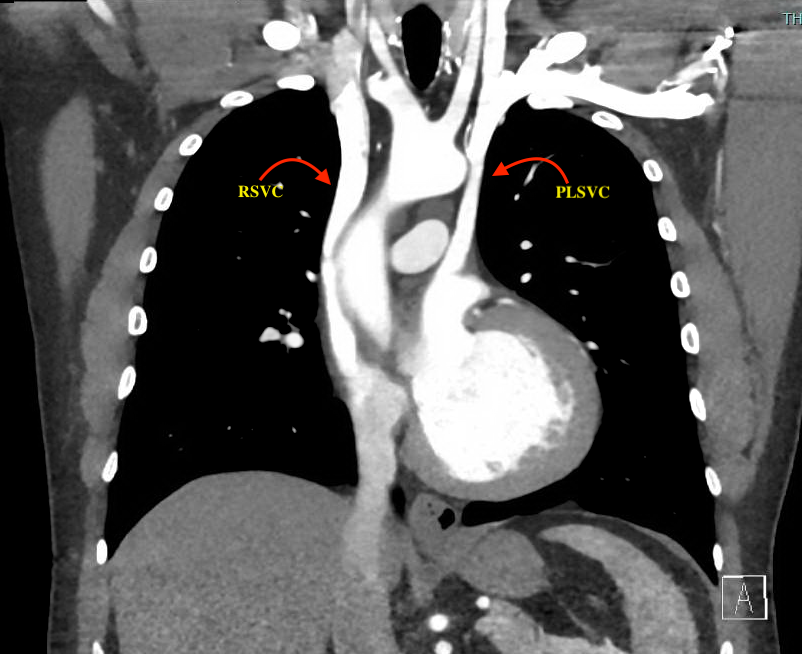 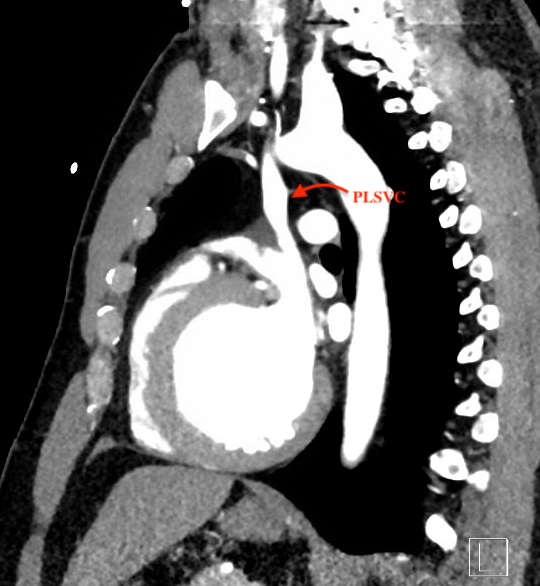 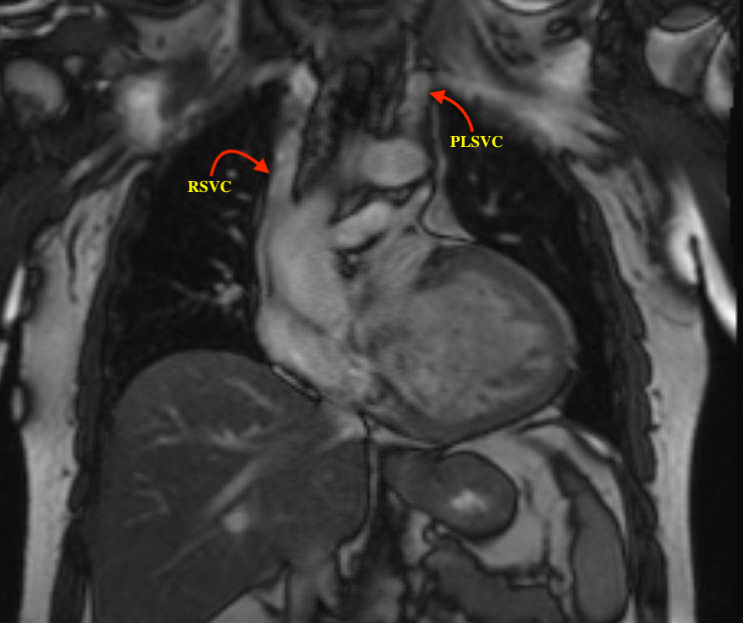 Discussion: This case of a PLSVC with drainage into the LAA, highlights a venous variant that carries several implications to consider in the practice of anesthesia. One consideration are the complications that can arise from procedures that manipulate the PLSVC, such as central line placement among others. Complications reported in the literature include injury to the vessel wall, angina, arrhythmia, cardiogenic shock, tamponade, cardiac arrest, and paradoxical embolism. Additionally, it is important for practitioners to be aware of patients with PLSVC with LA drainage as drugs can directly enter systemic circulation when administered from the left brachiocephalic vein.

Considering the aforementioned potential life-threatening complications in the setting of this anomaly, this case highlights the importance of having a high index of suspicion in the appropriate setting.  Factors that should raise suspicion of a PLSVC, as found in this case, include a history of congenital heart disease, low baseline oxygen saturation, inability to advance a central line via right IJV, and left-sided pressure ranges when advancing the PA catheter with a left IJV approach.  Anesthesiologists should consider an alternative and safer method to obtain central access in these cases, such as via the femoral vein.